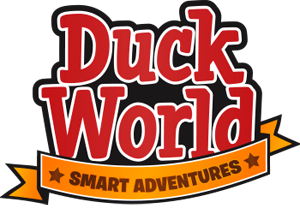 In DuckWorld Smart Adventures, players create their very own avatar and enter the amazing city of Duckburg. They’ll play a wide range of minigames and run into Donald Duck, Scrooge, Gyro and many of the other familiar characters from Disney’s timeless franchise.

As co-designer, I had the privilege of working with my direct colleague, the rest of the game team, as well as the writers and artists of the weekly magazine. Together, we created the core ideas for all of the minigames, as well as the various systems beneath and on top of the experience.

Writing the design documents, including specs for the artwork, music and sound was a big part of my responsibilities, iterating a number of times per minigame in order to integrate client and team feedback.

As co-producer, under the direct supervision of the game’s product owner, it was my job to get about half of all the minigames made from start to finish, including quality assurance. In addition, I oversaw development and implementation of many of the game-wide systems such as character creation and customization, shops, messaging and player achievements.

The online game was released for PC in Summer 2015.